In keeping with Mary Cummins’ foray into the world of “investigative reporting” (her description of herself, no one else’s), I decided to take a closer look at just who Mary Cummins is.  The difference with my investigation is that I do use facts, court documents and actual provable evidence whereas Mary Cummins, by her own admission, just makes up whatever she wants. Here are some interesting contradictions:

Mary Cummins, proclaims she is a real estate appraiser but that she has a net worth of less than zero.

Mary Cummins claims to be a freedom fighter for free speech but she threatens to sue anyone whoeven posts the truth about her.

Mary Cummins has stated she is a wildlife rehabilitator but she has CA wildlife permits has been reprimanded by her own CA Dept of Fish and Wildlife for abusing a squirrel with no eyeballs.

Mary Cummins claimed her mother was dead (for years) but then she posts her mother is socialite and asks people to report her philanthropist, aging mother to the IRSfor tax fraud.

Mary Cummins goes on and on about her ‘real estate awards’ but her only awards are one you have to buy.

Mary Cummins has been sued 4 times for defamation (possibly 5 or 6) and claims she won every time but in reality she owes over 10 Million in damages after losing.

Mary Cummins continually posts photos of herself from decades ago to convince the world she is pretty, but in reality she looks like this: 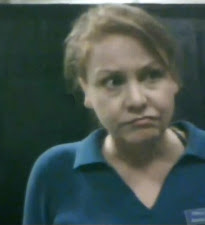 Stay tuned for more, my followers of the dark, dank world of Scummy Cummy Mary Cummins
Posted by Rachel at 12:02 PM