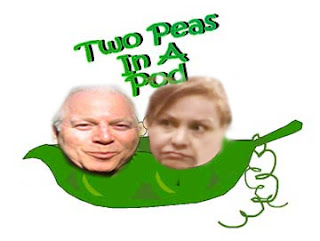 Mary Cummins, Animal Advocates  and attorney David Casselman, Elephants in Crisis. So where are they when the Ringling Brothers elephants need so much help??????  There is undercover video and documented proof that the Ringling Brothers and Barnum and Bailey elephants have been victims of the worse animal abuse imaginable.  Baby elephants are forced to stand on a concrete floor for about 23 hours a day for up to six months, unable to lie down or even turn around.   The babies are torn away from their mothers just to have electric prods used on them while their mothers are horrifically beaten into submission for the slightest disobedience.  Undercover investigators have stated that the elephants scream with pain.

Yet lying Mary Cummins is out there posting all over the Internet about how “Ringling Bros retiring all circus elephants this May two years early. They're doing it for financial reasons because some cities like Los Angeles, have banned bullhooks and animal acts. Our hard work and the work of many other animal rights groups over many years is finally paying off! Persistence!”

Say what?!  The elephants are remaining with Ringling Brothers out of the prying eyes of the authorities and the public! At Ringling’s grandiosely named Center for Elephant Conservation (CEC), elephants will no doubt still be chained on a daily basis, be forced to breed, be deprived of opportunities to interact and socialize normally, and continue to live in fear of being hit with bullhooks. Ringling has also been known to experiment on elephants at the facility and to sell them.  This is not a win for the elephants, yet the moronic Cummins is boasting that it is.

So what has Mary Cummins done for these animals?  As usual – NOTHING.  What has Mary Cummins friend and advocate, mega wealthy attorney David Casselman, who owns Elephants in Crisis and boasts a 1M acre Cambodian Wildlife Sanctuary preserve, done for these poor elephants?  Apparently NOTHING.  Boy, no wonder the Supreme Court disagreed with David Casselman and upheld the $6 million dollar judgment Lollar was awarded against Mary Cummins. David Casselman has proved he belongs in the company of Mary Cummins – liar, cyberbully, cyberstalking, animal abusing troll who has been repeatedly reprimanded by California Department of Fish and Wildlife.

Do a Public Information Act Request to the CADFW and read how Mary Cummins constantly lied about the animals in her ‘care’.  She reported taking care and rehabbing animals that she previously stated (in official documents) were DEAD.  That is about the limit of Mary Cummins’ rehabilitating skills; she plays with dead animals and pretends they are alive.  What a sicko.


David Casselman knowingly supported Mary Cummins, a CADFW documented animal abuser and violator of the Animal Welfare Act (AWA).  Does that mean David Casselman is as guilty of like actions as the malicious Mary Cummins?  Be aware the Supreme Court of Texas,  the court of last resort, upheld a $6M plus $25,000 per month interest judgment against Mary Cummins in favor of Amanda Lollar of Bat World Sanctuary, the woman Mary Cummins appallingly attacked and the same woman David Casselman tried to harm by writing an Amicus letter to the appellate courts supporting Mary Cummins!!!  What was the appellate courts reply?  An unprecedented 76 page decision outlining how renowned animal rights attorney, Randy Turner, and celebrated two-time Indianapolis prize nominee, Amanda Lollar, by law did not have to prove malicious defamation BUT THEY DID.  By law they did not have to do this or that BUT THEY DID; over and over and over again Turner proved that Mary Cummins’ actions against Amanda Lollar were “egregious, malicious and intentional”.  You know what a 76 page appellate decision means?  The lawsuit is bullet proof against reversal because Mary Cummins and David Casselman are malevolent defamers.


It is bad enough that Mary Cummins is out there taking credit for every positive thing that hard working, dedicated people have accomplished concerning animals (while she does nothing but as she so often states, “lay on my back”), but for David Casselman to not move heaven and earth to make certain these poor elephants went to the best of elephant sanctuaries, is despicable.  He has the money, he has the resources to battle it out in court and he even has an elephant sanctuary!  I guess David Casselman has proved himself to be disgraceful by writing an Amicus letter for Mary Cummins without apparently ever reading the entire trial file, or calling Randy Turner or Amanda Lollar for that matter.  Remember it is Amanda Lollar who has been likened to renowned primate specialist and advocate, Jane Goodall, another Indianapolis Prize nominee. Hell, it looks like David Casselman never even contacted any of the licensing authorities that inspected Bat World Sanctuary and gave the sanctuary a glowing review.  I even read where they referred to the sanctuary as the “gold star of sanctuaries”.  Boy, talk about 2 peas in a pod-Mary Cummins and David Casselman.  Apparently neither one of them check their facts before opening their mouths.  Bat World is the ONLY accredited sanctuary and the largest rehabilitation/teaching sanctuary in the world that is solely dedicated to bats.

Well, followers of the dark, dank world of Mary Cummins this brings us to the close of yet another update on the skanky Ms. Cummins and yet another chance to feel anger about her lies as well as the false impression her defaming friend, Attorney David Casselman, tried to give to the courts.  The only upside is that we all get to laugh at her lack of any skill set whatsoever.

Poor dirty, self-proclaimed impoverished, little roach with no one but dead animals to play with and pretend they are still alive.  God, she really is pathetic.  Maybe David Casselman can give her a job while she continues her reign of terror on animals and people alike.  Two peas in a pod.