Well, well, well….Mary Cummins of Animal Advocates (one in the same), Cummins Real Estate Appraisals (not a r-e-a-l company according to Scummins) and Cummins Real Estate Services (yet another business name associated with Mary Cummins that is not a r-e-a-l company according to her) has really done it this time.  The ever popular INDIGENT real estate ‘wizard’   who does not even know what a mechanic’s lien is, is at it again railing about the injustice of it all and how her life is ruined because she owes a mere $7,800,000 and counting ($25K per month interest on that $6M judgment). 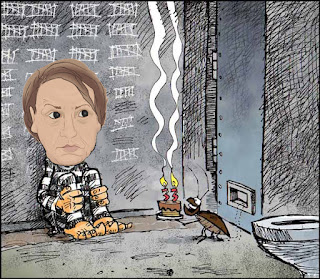 Stay with me here folks because this is going to be fun; I promise.  Before I go further, what is wrong with the LA Business Journal that they are printing out awards for businesses that are not actually businesses at all?  At least that is what Mary Cummins has stated in court documents in 2 different states.  Mary Cummins claims she does not have a bank account, does not own any businesses (I bet the people who have paid her to do real estate appraisals will be interested in that fact), and she does not own a car (how on earth does she get to her real estate appointments?).  Mary Cummins is the recipient of the LA Business Journal Latino Business Woman Award for 2014 and Cummins Real Estate Services also received a like award in 2014.  Oh, I forgot, you BUY those awards and pay to go to the luncheon at the Millenium Biltmore.  This is just another tidbit of what the legal types were talking about in legal docs.  Anyway, back to what is going on at present…

Animal Advocates:  Interestingly the so-called non-profit that Mary Cummins started seems to own a car and pay rent but not rent for themselves as Mary Cummins claims she is “too injured to care for wildlife.”  Yes, apparently Mary Cummins is living off of a non-profit.  She has them pay her RENT in Bel Air!!!!!  I mean don’t all indigents live in Bel Air, one of the richest communities in the United States?   Oh, and do not all non-profits that exist on a mere $8,000 per year  on average pay in excess of $2,000 per month rent on an $850,000 house?  Oh it gets better…

The IDIOT, malcontent Cummins has the non-profit pay for a USDA license for her even though she is prohibited from doing educational programs and exhibiting animals!  The state of California Fish and Wildlife Department just said “NO” to Mary Cummins having a license because she has abused too many animals and lied too often on her paperwork.  Cummins even reported caring for a “non-releasable” animal she had reported being DEAD more than 3 years earlier!   I promise the FOIA of her CADFW records is eye-opening.  Then as the CADFW repeatedly DENIED her license she threatened to sue them.  I guess she did not comprehend the MOU she had to sign in order to get a rehabber license 3 years ago.   She even said she was consulting with her attorney on the matter.  Where on earth does Mary Cummins secure an attorney when she has stated for over 5 years that she cannot afford one?  The really funny part about all this is that Mary Cummins actually believes that people believe this BS.  I am sure CADFW can write a book on her by now.  As you can imagine THE FOIA WAS JUST ONE LIE AFTER ANOTHER.  She even told them she has had a perfect record with the USDA for 11 years!  Say what?  Scummins just got her USDA license in 2011 because Amanda Lollar of Bat World Sanctuary fame had one.    We all know she desperately tries to copy Amanda Lollar but she is just too far beneath the illustrious Ms. Lollar to even hold the dust pan that scoops up guano.  So she has a perfect record with the USDA and has this license that she cannot use, paying some $50 a year for it which is more mis-use of a non-profit’s assets or is Animal Advocates Mary Cummins personal money laundering service?  Oh, I just remembered, the last time the USDA did an inspection on Cummins they noted, are you ready?, that she had NO ANIMALS.  Ha, ha, ha.

Now to the really juicy stuff…Mary Cummins has put the following on her professional web pages:  “If you don't like what I've posted here and get your panties wadded up in a bunch and want to sue me, go right ahead. I will file an anti-SlAPP motion and you'll owe at least $20,000 in legal fees.”  NOTE:  Uhhhhh, This is on her professional page? I'd certainly think twice about hiring anyone with THAT written on their page, and LOL, besides, no one has to worry about her ridiculous anti-SLAPP motion because, according to court documents, every time she has filed one she has LOST!

Cummins:  “I have been sued twice before for defamation. I represented myself both times and won. The first was Ashton Technology, Fredric Rittereiser vs Mary Cummins. The second was Kathy Knight-McConnell vs Mary Cummins.” NOTE:  Uhhhhh, no, Scumdum Cummins cannot count.  She has been sued 5 TIMES for defamation and she has NEVER won.  The cases she references were dismissed for lack of jurisdiction, meaning, the people suing her had a great case and could prove Cummins defamed them but because this was around 12 years ago and states had not caught up on jurisdiction as it pertains to the Internet (but they have now), the cases were dismissed.   Cummins merely weaseled out of them on a technicality since the suing parties did not have jurisdiction.  I do believe that is a Charlie Sheen type of ‘winning’; winning only in one’s own mind.

Cummins:  “I'm currently involved in another case which is in appeal. As usual I report evil people to authorities to prevent others from being ripped off or abused.”  NOTE:  OMG, OMG, OMG!  There is NOTHING in Appeal because Amanda Lollar, Bat World Sanctuary and Randy Turner cleaned her skanky clock and not only did they win the appeal but when she filed with the Supreme Court of TX, they DENIED Cummins’ petition.  What a loser.  Furthermore, remember that “Ow, I am stupid and cannot step up on a Rubbermaid stock room step without hitting  my barely haired head personal injury lawsuit?”  Well, that case was DISMISSED by Judge Terry Means in September, 2015.  LOL, Loser!  You would think when you lose about 100 motions, you lose in the circuit, superior, appellate and supreme courts of the land, in 2 different states, that you would say, “Okay, it is me and I need to correct my evil ways” but no, not the IDIOT Cummins.  She keeps doing what she does and keeps expecting a different result.  Okay, all together now, “that is the definition of insanity.”  But wait, there’s more…


The scurrying, obnoxious, disease to society, aka “the Roach”, moron actually thinks she has a chance and actually thinks she will not be extradited for her crimes against the innocent.  How stupid can one person be?  You can drive a truck through Mary Cummins’ lies because she is not smart enough to keep them straight.

Well followers of the dark, dank world of Mary Cummins stay tuned because we are all part of the party and the entertainment is watching this nut job take a nose dive.  Did she really think she would escape jail time?????   I told you this would be fun!

Posted by Rachel at 9:16 AM No comments: