I want to extend a particular thank you to the followers of the “Stomp the Roach” and “Stand Up to Cyberstalkers” pages for giving me the impetus to delve further into the garbage of Mary Cummins’ revolting mind when, at times, the mere thought has been a burden on my own day.  But, it is hard to deny oneself a good laugh with others who are of the same mindset as yourself, the new army that says, “We are mad as hell and we are not going to take it” particularly when it is at the expense of someone as malicious as Mary Cummins.   It is clear that we must unite with a fortitude equal to that of a fine tuned army; sharing our ‘reconnaissance missions’ upon The Roach’s activities until the evil ways of all cyberstalkers are squelched, especially that of the ring leader, Mary Cummins.   Do you ever wonder how defiled people feel who have previously allowed her entrance into their homes for a home appraisal now that Scummin Cummins has been exposed for the mentally troubled, malicious individual that she is?

Okay, moving on. Are you ready for a round of Cumminopoly?  Say yessss…..

Mary Cummins (speaking of the renowned Amanda Lollar of Bat World Sanctuary):  “Her attorney allowed her to write a few paragraphs in one of his filings.”

OMG, once again stick a fork in her (please) because her mind is totally fried!!!  So let’s see if we understand the IDIOT Mary Cummins.  Is she seriously stating that a well-respected attorney of over 33 years has his client write legal papers for him???  What happened to Dummin-Scummins argument about Amanda Lollar not completing elementary school?  Isn’t it fun when Mary Cummins does all the work for you and you do not even have to look for reasons to exemplify her STUPIDITY because she just presents it on a silver platter? 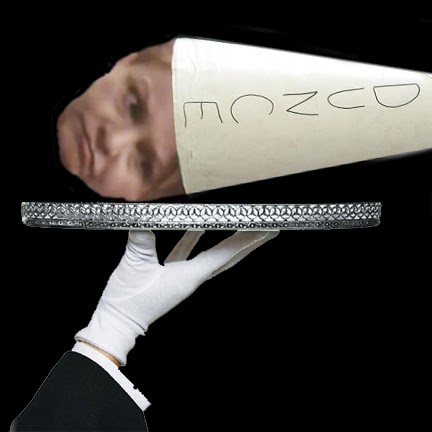 I do believe Randy Turner says it best on his page documenting Mary Cummins’ behavior but look at the page that references some of Attorney Turner’s accomplishments.  The man is no light weight by any means.   “Super Lawyer”, “Top Attorney”, “AV Preeminent”, etc., and in his spare time apparently he became a pilot as well!  No passing ‘Go’ here; it straight to jail for Scummins!

Mary Cummins: “It was riddled with many huge grammatical and spelling errors. Amanda Lollar is uneducated, not very bright and severely mentally ill.”

Aw this is just too easy!  The Idiot who never recognizes how many spelling and grammatical errors are in every single one of her court documents is pointing to someone else’s (which is ridiculous given how she lies about these things).  But, let’s delve further…Mary Cummins is constantly stating that Amanda Lollar is “mentally ill”, “not very bright”, etc., but now she is crediting her with writing legal documents.  What is especially fantastic in the chuckles department is the fact that these statements are being made about Lollar and Turner, 2 very accomplished people, and it is coming from someone who believes that there is such a word as “rooves” as she tried to describe the multiple ‘roofs’ involved in a situation.  It was when the then more bulbous, kale deprived Cummins was climbing up a 30 ft ladder as she inserted herself into the Moore Park bat crisis. (Check out the 4th paragraph). And yes, we have another “Go directly to jail.” 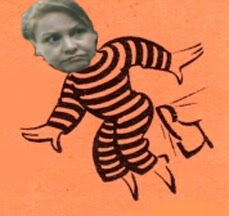 Mary Cummins: “Once every two weeks someone will send me Amanda Lollar's crazy blogs. They say "did you know a highly disturbed crazy person is stalking and defaming you?" I just say "ya, crazy stupid Amanda Lollar wrote and posted those. She is indeed crazy."

Wow, grab your dictionaries everyone and let’s all look together to find the word, “ya”.  Don’t you love it that Mary Cummins always has so much to say about the fictional ‘some’ who contact the IDIOT Mary Cummins about a “highly disturbed crazy person…”.  I wonder if she is talking to her psychologist about these imaginary people.  I wonder if the IDIOT Cummins will ever make it around the board?  At this rate her Prius will never see Boardwalk.

Mary Cummins:  “When I was at Bat World Sanctuary she asked me to proof her "book." Her book is actually a book written probably 99% by Barbara French-Schmidt.”

Here Mary Cummins extends herself, stretches the limits of her compromised mind to try and make the reader believe that the renowned Lollar would ask someone she has only known for a couple of days to review her book!  LOL.  Lollar has already identified that Mary Cummins has (according to testimony) left the cage doors open allowing tiny orphan bats to escape, she never completes an assignment, she went to bed without feeding convalescing bats and orphans and cannot even use a step stool properly, yet she truly wants us to believe that the famed Lollar asked her to review her book?   Aw, the Prius did not make it around the board that time either!  Go to Jail, Mary Cummins.


Mary  Cummins: “I have Amanda Lollar's social security number, date of birth, copy of her driver's license all obtained legally. I could post it like she did with me but I won't. I searched Texas GED records online, on the phone and via the mail just to be sure. Amanda Lollar does not have a GED! She said she got her GED at the age of 15 as if to brag that she's super smart. No, she's not smart at all. She's totally uneducated.”

Let’s see, who should we believe here?  Amanda Lollar who has built the largest rescue/rehabilitation/teaching sanctuary in the world that is dedicated solely to bats, the author of some 7 plus books, the woman who was featured on the David Letterman Show, the person who has taught learned animal professionals from all over the world?  Or, should we believe the woman who owes Lollar nearly $7 MILLION  DOLLARS for her “egregious as well as malicious as well as intentional” defamation.  The woman who is FINANCIALLY ILLITERATE?   BINGO, back to jail!

In a recent post about Gary Michelson, Mary Cummins writes, "Gary Michelson whines about being the younger child who didn't get enough attention from his mom. He said this caused him to have issues in school. Ben Franklin was the 15th of 20 children and the youngest son. Franklin only went to two years of schooling. He taught himself everything else by reading. Gary Michelson needs to stop whining and blaming others for his problems. I really think there was something wrong with Gary since birth."

Oh where do I begin with this one!?  Is Mary Cummins brain so far gone that she cannot see the irony of statements like this wherein she applauds Benjamin Franklin for being “self-taught”, admires his accomplishments and inventions but she tries to put down Gary Michelson, a philanthropist and ‘Father of non-invasive spinal surgery’ who has bettered the lives of humans and animals alike because he had an education?  And what about her condemnation of Amanda Lollar for exhibiting some of the same qualities as Benjamin Franklin; primarily self taught in her field and extremely proficient?    Still no passing GO.

For one of my favorites, I have to leave you with Mary Cummins infamous words, “Who’s deposition is this anyway?”  This is where Amanda Lollar made a fool of Mary Cummins when Dummy-Scummy thought she could depose Amanda Lollar and come away unscathed.  Lollar is just too smart for Cummins.  Lollar proves Scummins is no match for Lollar’s lightening fast mind. GO TO JAIL, MARY CUMMINS.